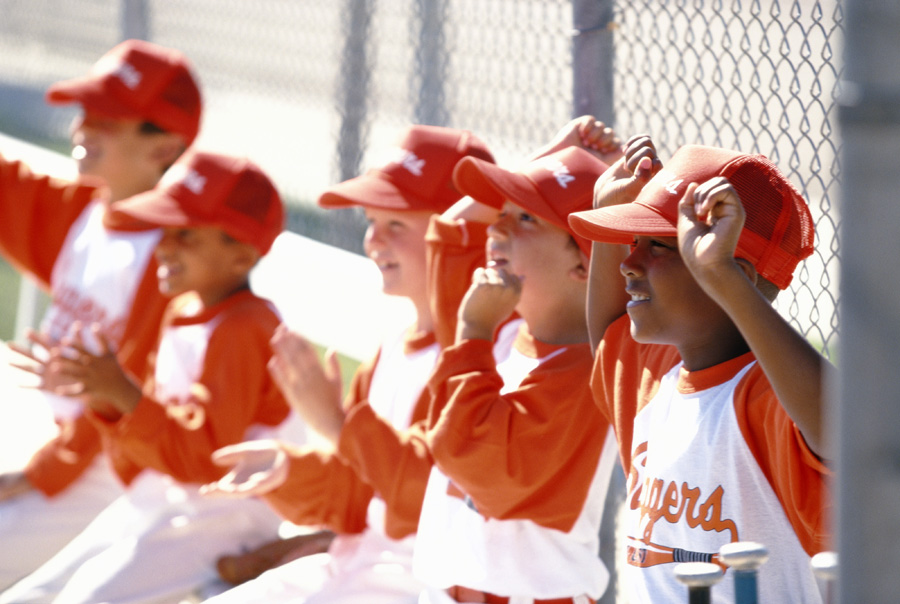 The golf world witnessed a show of grace and sportsmanship amid crushing disappointment this past weekend at the storied Masters Tournament in Augusta, Ga. Just when he seemed to have back-to-back wins locked down, reigning champion Jordan Spieth, 22, watched his lead slip away in the second half of the final round. In keeping with Masters’ tradition, Spieth had to congratulate the 2016 winner, Danny Willet, and help him on with the customary green jacket just moments after the loss. Though visibly upset, Spieth managed to compose himself long enough to carry out his duties and answer the obligatory post-event interview questions about where it all went wrong.

Although Spieth showed his emotions briefly before composing himself, not all public athletes are able to do this. The NFL fined the Pittsburgh Steelers nearly $12,000 for Antonio Brown’s excessive touchdown celebrations. “Dance Moms” television personality Abby Lee Miller screams at her competitive dance team that “Second [place] is the biggest loser on stage.” In a culture obsessed with winning, how can we teach our children that there’s more to competition than the final score?

Parents can use these public examples of both admirable and unsportsmanlike conduct to teach kids about good sports, gloating winners and sore losers. Good sportsmanship is when players, coaches, officials and judges treat each other with respect while playing fairly and following the rules. Bad sportsmanship is, well, exactly the opposite.

As you’re talking about sportsmanship with your kids, remember:

You’re your kids’ biggest cheerleader, support system and role model. So keep it positive. Be courteous and respectful toward the other parents and coaches, and applaud for both teams — and your children will learn to do the same. By all means, shout words of encouragement from the stands, but not directions, complaints, putdowns or rants.

2. It’s important to focus on skills, not outcome.

Talk about your kids’ great catch or stolen base, rather than dwelling on the win or loss. Developing their skills is more important than the outcome of the game. If they feel like they need to work on a particular skill, offer to work on it together before the next practice or game.

Teach your kids the rules of the sport and why some of those rules are in place (e.g., soccer doesn’t allow any elbowing or bodily shoves because, unlike football or wrestling, soccer is about the footwork). This can help them to value the sport itself and its fine points, not just whether the game was won or lost.

If you, your kids’ coaches or teammates enforce the idea that winning is the most important thing, your child’s self-worth might become dependent on winning. Kids actually learn from losing — you can’t win ‘em all. This leads to our final reminder that…

Whether your kids are just starting T-ball or vying for a college scholarship, sports are supposed to be fun. The sun will still rise and set tomorrow, whether your kids get first place or they don’t place at all.

The bottom line is that children learn social skills everywhere — whether they’re on the field or on the bench. The social skills your kids learn playing sports will carry over to the classroom and social settings. If your children believe that winning matters most, they may be ill-equipped to handle failure. Further, they may apply this mentality to school and future jobs — and do anything for an A or a promotion. Teach your kids how to identify and develop the necessary skills for success, and encourage their using those skills to succeed.

Learn More
For more information on sportsmanship, check out these articles from Nemours’ experts at KidsHealth.org:

Also, learn more about the Nemours Center for Sports Medicine.

Dr. Pendley is the Co-Director, Division of Pediatric Behavioral Health, Department of Pediatrics, at Nemours/Alfred I. duPont Hospital for Children in Wilmington, Del.

By submitting this form, you are granting:
Nemours Foundation
10140 Centurion Parkway North
Jacksonville, Florida, 32256, United States
http://www.nemours.org
permission to email you. You may unsubscribe via the link found at the bottom of every email.

Thanks for signing up!