Max Paul turned 18 in July this year. But several months after he was born at Arnold Palmer Hospital for Children in 2004, he vomited blood and went to the emergency room there. Max was admitted, but they didn’t have a bed for him, so he and his mom spent the night in the ER at Arnold Palmer, sleeping on a stretcher. Mom Lori remembers a geneticist from Nemours was added to Max’s care team, and Max was diagnosed with cystic fibrosis. He joined the CF clinic at Nemours.

Around that time, mom remembered Nemours was applying to build the hospital in Orlando, and so when the question would arise, “Does Central Florida need another children’s hospital?,” the answer in her mind was a resounding, “Yes!”

“We were at the right place, at the right time to become part of Nemours,” said Lori.  When it came time for the groundbreaking ceremony in 2009, Lori and Max, then 4, were invited to participate in the groundbreaking ceremony for Nemours Children’s Hospital, and even pick up a shovel and hard hat to be in the photograph with Nemours leaders, and state and local politicians who were there for that momentous day.

When the hospital Family Advisory Council got organized, Lori became involved with Nemours, and also made the change for Max to receive his care at Nemours. Since they were living in Lake Nona, the decision was made easier, and as she says, “we’ve been blessed with great doctors ever since.”

Lori remembers that in the planning stages, the Family Advisory Council was told: “Pretend it’s Christmas and tell us what you want.” When she looked around, the room was filled of parents of frequently ill children, so she really didn’t believe that the group would be asked to do more than pick colors of paint. “But literally, they let us try out furniture – even cribs!” She recalls one mom climbed into a crib sample that was brought in for the group to evaluate.

“We were blown away by how much say we were given on things,” she recalls. “They were really listening to us, even for minute details. They were very receptive to our input, and put our advice to use.”

Lori liked that the Family Advisory Council was even invited to sit in on training and then participate in interviews for candidates for management and physicians at the hospital.

“We had the chance to make this hospital something we could use for years and years, and help other families too,” said Lori.

For years and years, the Pauls have been coming back, too. Max has only had two admissions at Nemours Children’s Hospital, and by all accounts is thriving. He works at Publix Supermarkets, is on his high school robotics team, and is currently in training on his road bike to ride 100 miles in the Cystic Fibrosis Cycle for Life event in November.

As a giggle, Lori and Max recently dusted off their shovels and hard hats and restaged their groundbreaking photo in front of the signature fountain at the entrance of Nemours Children’s Hospital, Florida. 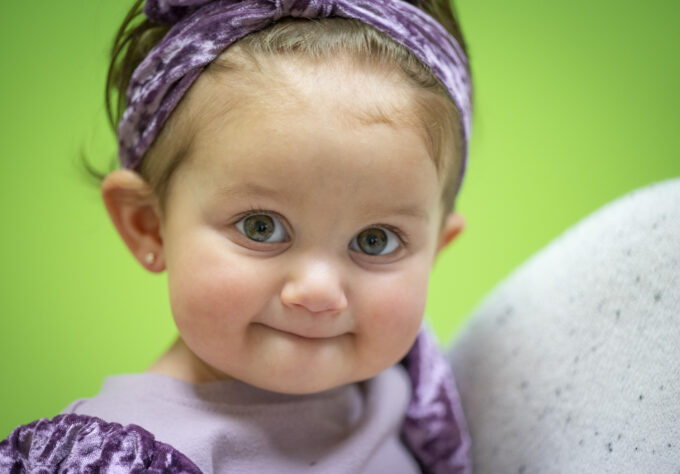 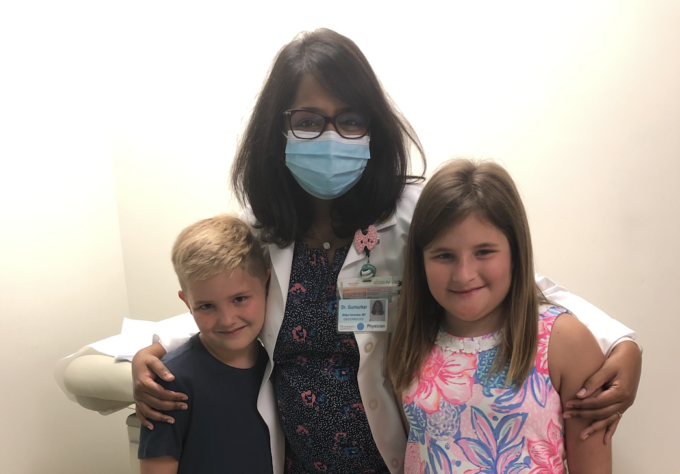 Karalyn first came to Nemours after she was suffering from some abdominal pain, which led to a visit at an ER in their hometown of Titusville. Something didn’t satisfy her parents about that visit, and they were concerned that something else was wrong.   They immediately sought help at Nemours Children’s Hospital, Florida. There, an ultrasound found a tumor associated with a genetic disease called Von Hippel-Lindau (VHL) that was in her adrenal gland. In 2020, the 8-year-old she had an 8-hour surgery and stayed for a few days afterward for observation.   It turned out Karalyn was the first one in her family to be diagnosed with VHL. Later, younger brother Westin had a similar issue when he was 6, and also required surgery with the same surgeon at Nemours. Then, dad got a diagnosis, but had to have an adult surgeon at a hospital for adults, lamented mom. […]